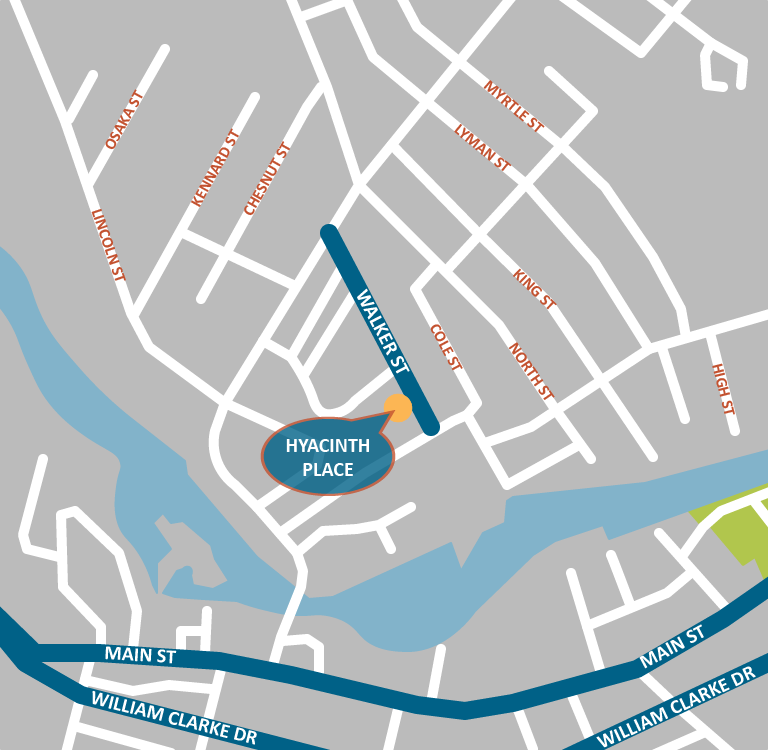 Hyacinth Place is the product of renovation and development of historic structures that have been located on Westbrook’s Walker Street since the 1880s. Previously a school and convent in operation through the 1960s, the two historic buildings were vacant and in disrepair before renovation. A third building was added to the property as part of this project.

The first St. Hyacinth Parochial School opened in 1881. This wooden school was replaced in 1893 by the brick building that stands today. In 1921, the nuns’ convent was built. The last students attended St. Hyacinth School in the 1960s.

Prior to redevelopment, both buildings were vacant and in poor condition. Today, these historic buildings have been restored to their place as community landmarks.

If you would like to learn more about living at Hyacinth Place, please click here for rental information: