Our News
You are here: Home1 / Our News2 / News3 / Bed-making takes on new significance – Healthy Homeworks in Lewiston... 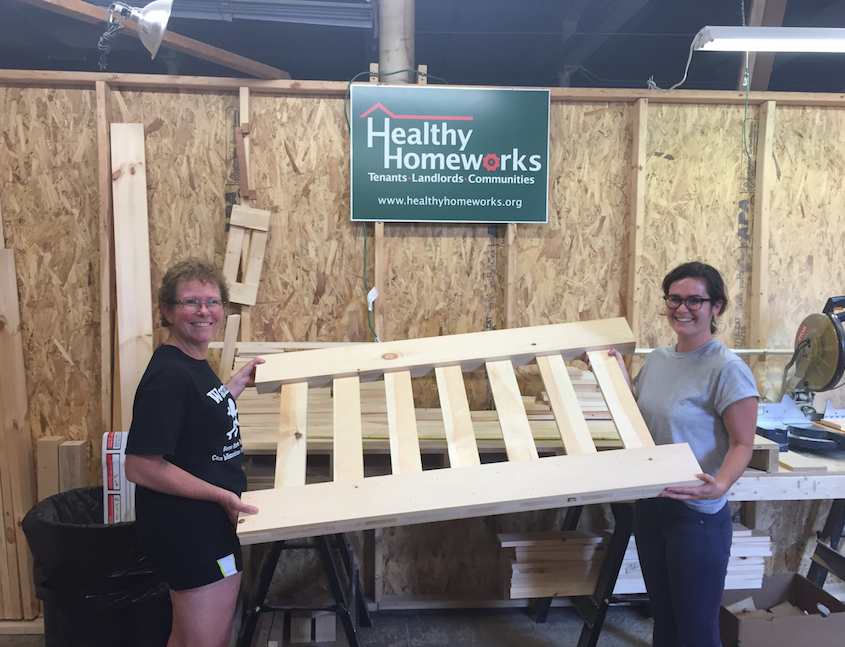 As is often the case with worthy ventures, Healthy Homeworks was not planned, but emerged spontaneously.

In January 2016, Amy Smith of Portland was interested in investing in affordable housing in downtown Lewiston. The research process acquainted her with “a tough situation.”

Smith, who manages intown properties part-time, and her husband, Nathan, worked through a number of older buildings and met a lot of tenants, and “learned where the pain points were … The generally poor condition of the housing. Lead paint poisoning. And so many people were really in need – didn’t even have their basic needs covered.

“Most people were sleeping on the floors, many of them on mattresses dragged in off the street. And those had bedbugs.

“The challenge was how to help out, from a health standpoint. And since there was clearly such a need for beds …”  Healthy Homeworks was born.