Our News
You are here: Home1 / Our News2 / News3 / Housing first helps both the homeless and the community 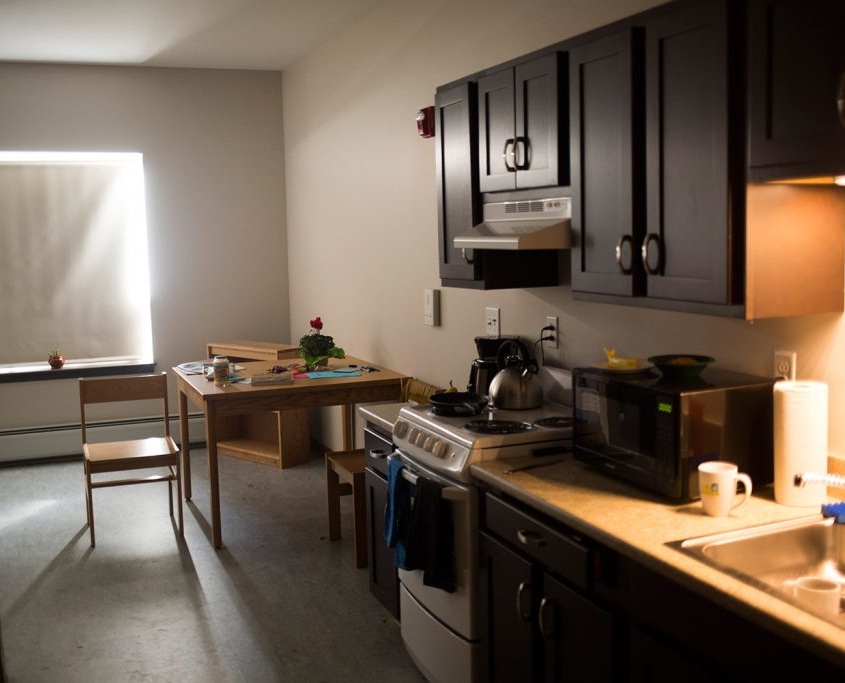 Twelve years ago, Avesta Housing and Preble Street opened the doors to Logan Place, the first “housing first” community in Maine. Housing first is an evidence-based, cost-effective approach to ending chronic homelessness. It focuses on getting our most vulnerable neighbors housed as quickly as possible while ensuring that they have ongoing access to critical support services. Avesta is the developer, owner and property manager for Logan Place, while Preble Street provides 24-7 support services for the 30 residents who had experienced chronic homelessness before moving into their new home.

When we opened Logan Place, it was a huge risk. No one else in Maine, and very few people anywhere else in the country, had done anything like this. We were essentially putting millions of dollars and our nonprofit organizations’ reputations on the line to test a new approach to housing Portland’s most vulnerable population – people who had already struggled enormously to stay housed. But the remarkable results have proven to be more than worth the risk.

On the night Logan Place opened, the number of people using the city overnight shelter at Oxford Street decreased for the first time in 20 years. Moreover, after moving into Logan Place, the residents reduced their nights in jail by 88 percent, their visits to the emergency room by 70 percent, and their contacts with police by 81 percent. The data have revealed that housing first is not only more humane, but also less costly than the endless cycle of shelters, emergency rooms, jails, and detox programs that chronically homeless people otherwise endure year after year.

via Op-Ed to the Portland Press Herald