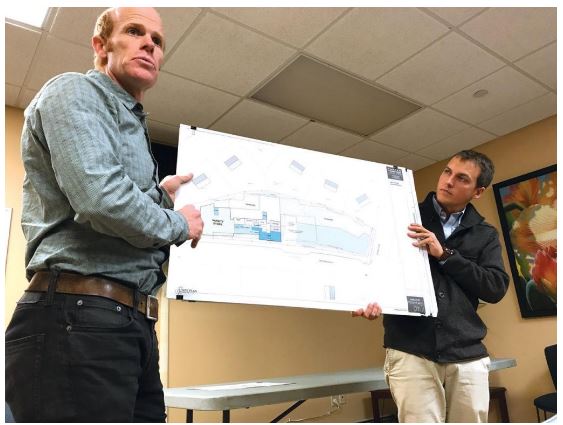 SOUTH PORTLAND — The west end resource center that serves as a clearing house for a range of social services targeted at some of South Portland’s neediest residents is slated for a move to new digs.

City councilors voiced unanimous support for the project at a Nov. 6 workshop and are expected to sign a deal with Avesta Housing that commits the city to move the center, known as The Hub, from a trailer parked at 586 Westbrook St., to a new affordable housing complex Avesta plans to build in cooperation with Le Variety owner Quang Nguyen in its place, at 600 Westbrook St.

“I like what I’ve seen so far, and I’m pleased that Avesta and Kaplan Thompson Architects have been proactive in gathering input from the residents of the neighborhood,” said Adrian Dowling, newly elected to the city council to represent West End District 5, following a neighborhood meeting on the project Nov. 8. “This project, a partnership between a private business owner, a nonprofit organization and the city, could become a model for other Maine communities that are trying to address the problem of unaffordable housing.”