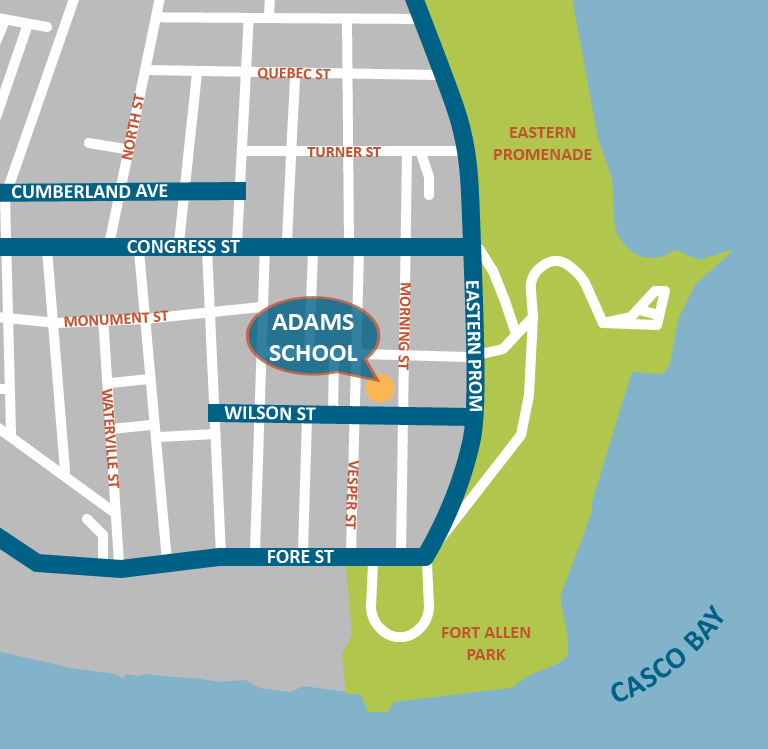 The Adams School redevelopment was a unique opportunity to transform an underutilized brownfield site located in an otherwise vibrant and extremely active urban neighborhood and return it to the community in the form of affordable ownership housing, a public greenway, and a playground. The development represents a model reuse of a decommissioned and vacant school site, a scenario playing out for aging schools across Maine and the country. The land is also considered a brownfield site because of previous uses on portions of the property prior to the school. Its design and construction reinforces the existing pedestrian level streetscape of the neighborhood, implements the community’s vision, introduces a new neighborhood park facility, and created construction jobs. It established a landmark Green / New Urban Design project for the city of Portland and was designed to perform at the highest levels of residential efficiency.

All initial and subsequent sales of the 16 units were made to “eligible households” defined as households earning no more than 120% of area median income (AMI) as defined by HUD.