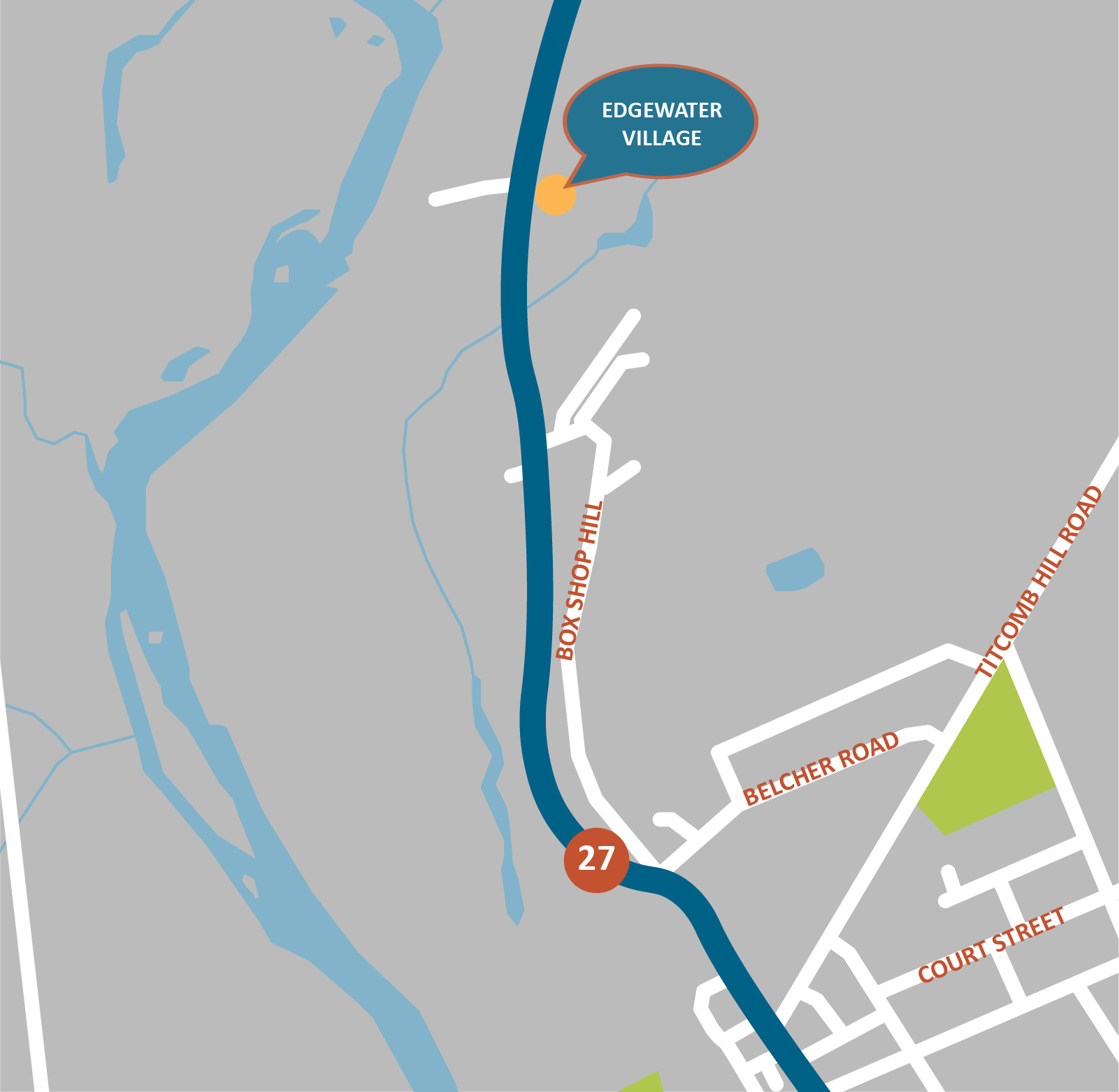 Edgewater Village will create 25 new affordable apartments for seniors age 62+ in Farmington, Maine, where housing development has been quite sparse in recent years. The proposed development is located on an approximately one-acre carve out from a larger parcel which already includes a highly successful low income housing tax credit property serving area seniors. Edgewater Village will involve the construction of one 25-unit building along with on-site parking for 25 cars. Amenities within the project will include a laundry facility and a community room. There will be 23 one-bedroom units and 2 two-bedroom units. 15 apartments will be available for households with incomes that are 50% of the area median income and below, and 10 apartments will be available for those at 60% of area median income and below. It will be constructed in such a way as to maximize energy efficiency, reduce long-term operating costs, and model an approach to building science that will help Maine meet its climate goals.

Edgewater Village is one of 7 senior affordable housing properties around the state which received funding through Maine’s senior housing bond initiative. That bond was widely approved at the ballot box by Maine voters in 2015 and subsequently released by Governor Janet Mills as one of her first acts after taking office.”

This property is currently under development - check back soon for updated information!
Emery School Hillside at Village Square
Scroll to top