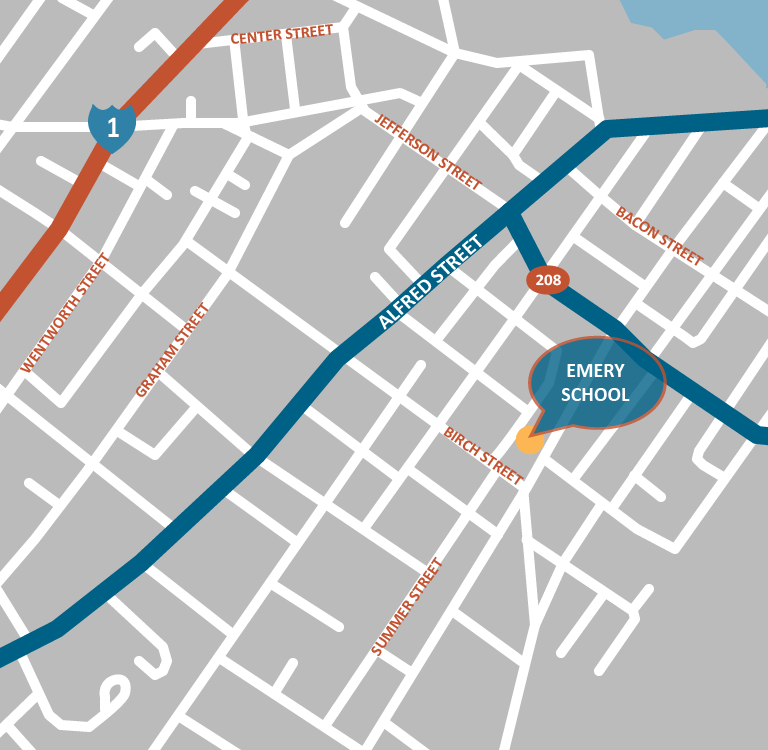 This Georgian Revival-style former school building was built in 1913, at the same time family houses were popping up in the neighborhood. Built by prominent Portland architecture firm Miller & Mayo, the school replaced four public grammar schools and accommodated a rapidly growing population of children as Biddeford became a major industrial city. It sits on the site of one of those four schools, Summer Street School. It was named after Thomas H. Emery, a beloved Biddeford teacher who served from 1865 to 1890.

Emery School served the Biddeford public school system until 1993, when it became the home of the St. Louis Child Development Center. The building was vacant from 2007 until July 2012, when the first residents of Emery School Apartments moved in.

Exterior renovations preserved the building’s granite and cast stone trim, which contrasts with the red brick façade and sets off two large entrances. A new roof, which now features solar panels, and the new windows were also installed. Inside, wide hallways showcase the original wood floors, which were restored, as well as original tin ceilings and wood trim. The apartments feature 12-foot ceilings, the original classroom chalkboards and glass-paned cabinetry that formerly held books. The auditorium and stage have been converted into a community room for residents to socialize. A second community room on the first floor includes a shared kitchen and computers for resident use. 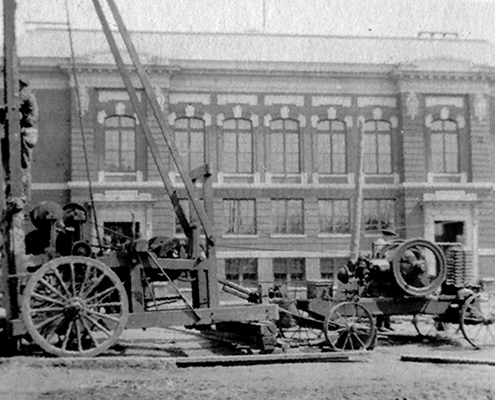 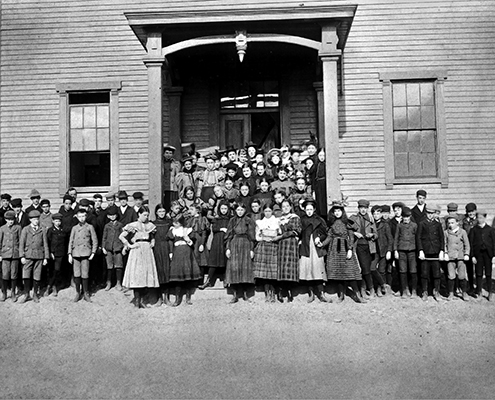 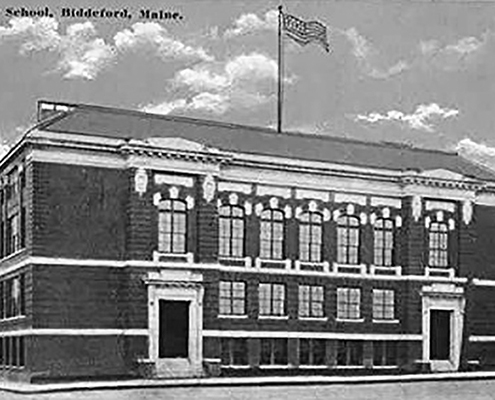 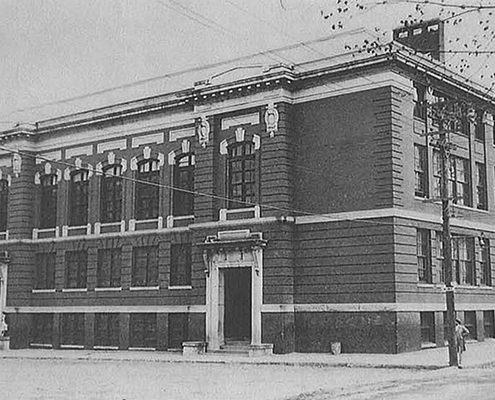