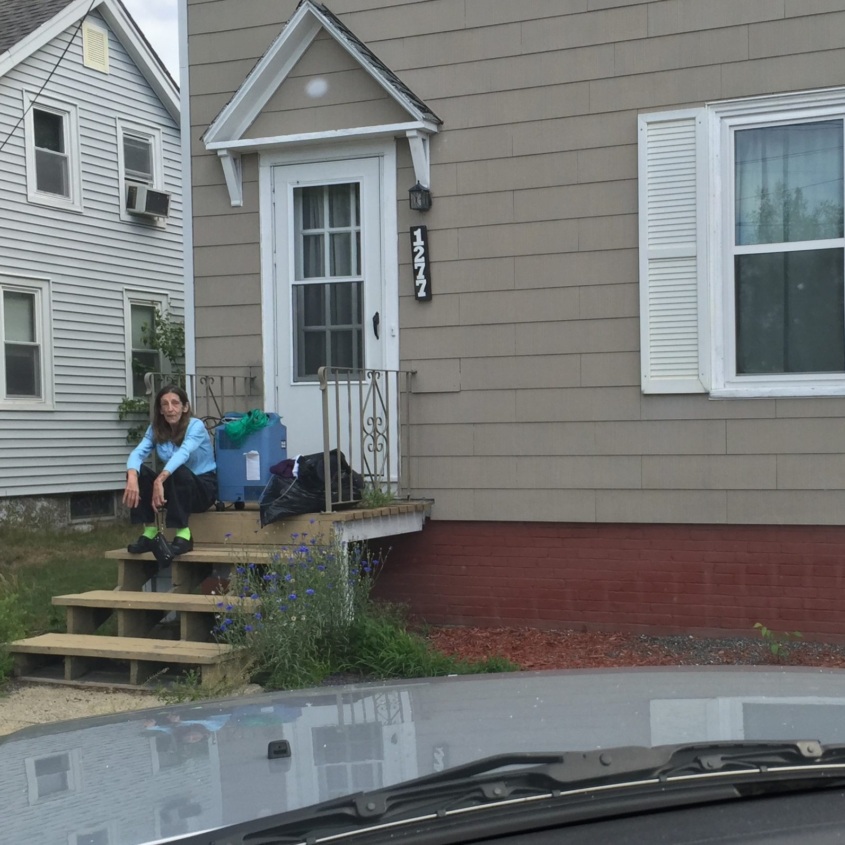 Sitting in Laurie’s new apartment with her and two of her three sisters, it’s hard to believe that this photograph of her was from just last month. In this picture, Laurie Rennae is sitting on the front steps of the small apartment building she had been staying in, waiting for her sisters to pick her up. Her face shows the weariness of having spent too much time in an unsafe and overpriced apartment. But there’s a glimmer of hope in there too. It’s moving day. Laurie was moving into a brand new affordable senior apartment building, Ridgewood at Village Square in Gorham, Maine. In fact, Ridgewood was so new that Laurie was the first resident there and lived in the 24-unit building all by herself for two weeks!

Like so many other seniors in Maine, Laurie struggled to find an affordable, safe, quality home. She was bouncing around between friends’ and families’ houses and substandard apartments, but had hit rock bottom in her most recent apartment. This overpriced, second-floor walk-up apartment posed serious mobility issues, and the lack of insulation and heat created dangerous living conditions for Laurie, who suffers from COPD and uses an oxygen tank to assist with her breathing. She ended up in the hospital with pneumonia on numerous occasions because of the living conditions.

Born and raised in Portland, Laurie and her sisters talk fondly about the “good old days,” when they walked from their home on Munjoy Hill to school and sock hops… They remember a Portland from a time when they would walk from one end of town to the other for visits with friends and family. Laurie graduated from Portland High School in 1976 and then entered the working world where she filled numerous positions – cleaning person, office manager, and wellness nurse – to name a few. She proudly recollects the work she did and the people she helped over the years. An independent and hard-working woman, Laurie was able to support herself throughout her life. It wasn’t until her health challenges prevented her from working that living safely and affordably became a significant and life-threatening problem for her. 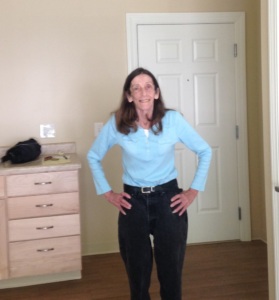 In the spring, Laurie’s living situation became desperate and she came to Avesta Housing for help. Unfortunately, like so many others, Laurie was told that there were no vacancies and that her name would be added to the wait list. With high demand for affordable housing throughout southern Maine, Laurie knew it could take years for an apartment to become available. Then one day in July, Laurie and her sister were driving down Cumberland Avenue in Portland. They were stopped at the red light in front of Avesta’s main office when Laurie received a call from Avesta Property Manager Krissie Bodkin-Rubino. Krissie called Laurie to inform her that an apartment was available in the new building at Ridgewood at Village Square. Laurie explains that she couldn’t stop crying and kept asking Krissie if “this is real.” It all seemed too good to be true.

As Laurie and her sisters take turns telling Laurie’s story, I can’t help but cheer on the inside as she reaches the “happily ever after” part. Her brand new apartment. One sister explains, “My sister has never had brand new. Never. But no matter where she lives, she makes it ‘new,’ because she works hard to clean it up and make it nice.” But finally, she doesn’t have to do all the heavy lifting. The construction of Ridgewood was completed in June. The paint still smells new, the floors are shiny, and all the furniture in the brightly lit community room is pristine. Her first floor apartment is located close to the front door and community room, so despite her limited mobility, she can socialize with her neighbors or step outside for some fresh air. And the best is yet to come. 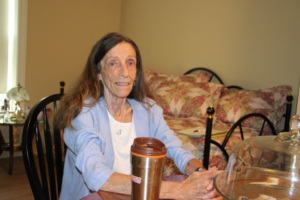 Additionally, Ridgewood has a private wellness room with telehealth technology. An expanded program building on the nursing pilot to provide more comprehensive care for patients identified as high risk is anticipated to launch in October. Laurie looks forward to engaging in these healthcare services to increase her access to healthcare and improve her health. In the meantime, Laurie gives me a relieved smile and assures me, “I’m ok here. I’m safe.” Welcome home, Laurie.

Join Laurie and other Ridgewood residents at a grand opening event to celebrate the new senior affordable housing with a focus on healthcare. The event is open to the public and will take place on Thursday, October 20 from 10:00am-12:00pm. The address is 8 Millett Drive, Gorham, Maine.

Multi-Housing Difference: Pushing (or Sealing) the Envelope to Make Multi-Unit...