Our News
You are here: Home1 / Our News2 / News3 / Annual survey shows Portland’s problem of homelessness by the numbers... 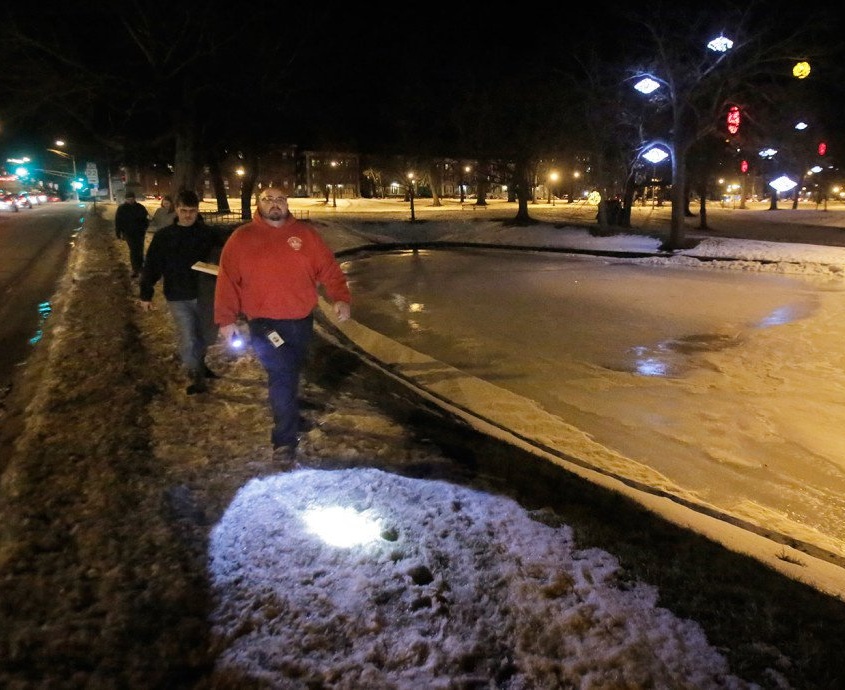 They trekked through snowy fields and wooded areas, along icy roads and railroad tracks, up slippery embankments and down slushy paths.

Six teams of volunteers and social service workers fanned out across Portland on Wednesday night to conduct the city’s annual point-in-time count of homeless people as required by the U.S. Department of Housing and Urban Development. The full tally, which won’t be available for a few days, will include any people who spent the night outdoors or in one of the city’s shelters.

Kelley Walsh was on a five-member team that scoured the outer reaches of Deering Oaks, the woods behind Bruno’s Restaurant and the Portland Boxing Club on outer Forest Avenue, and a section of Marginal Way along Interstate 295. Walsh, who works for an agency that serves victims of domestic violence, said she volunteered for the count because homelessness is a significant challenge for many of her clients.

“I did it last year and it was very enlightening,” Walsh said. “A majority of our clients deal with homelessness in some way.”

A Bold Plan to Prevent Homelessness

A Housing Crisis for Seniors
Scroll to top