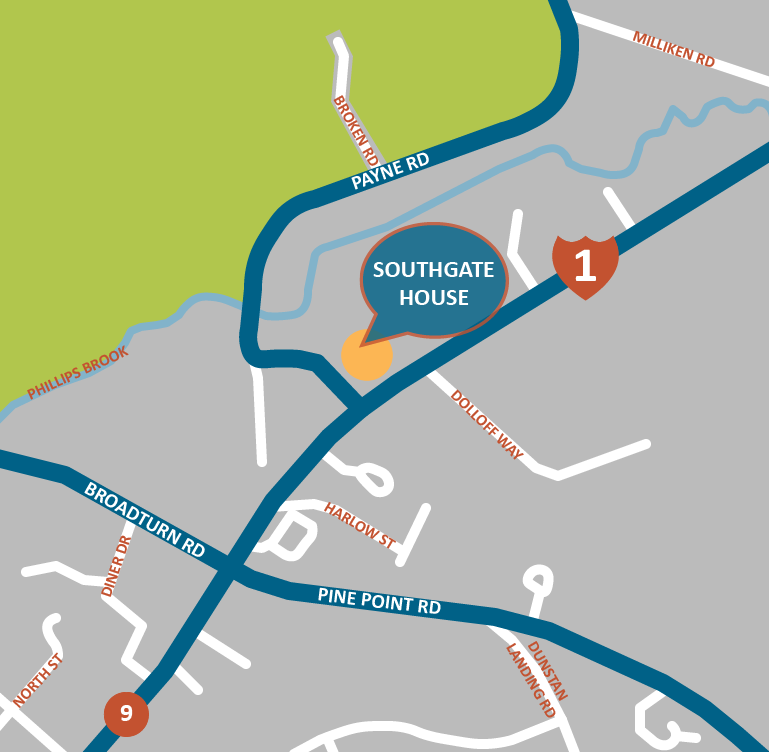 Avesta Housing has redeveloped the historic Southgate farmhouse located at 577 US Route 1 in Scarborough, Maine into 38 units of affordable housing. Avesta is the owner, developer, and property manager for this property.

In addition to rehabilitating eight units in the main house, a new 30-unit building was set into the hill behind the existing structures and has been designed to complement the historic farmhouse. The new building houses four studio, six one-bedroom, 12 two-bedroom, and eight additional two-bedroom non-age-restricted apartments that are for households making 50% to 60% of area median income.

Southgate Farm is located on a 2.78-acre lot in an area of Scarborough known as Dunstan’s Crossing. The farm was established on 25 acres of land purchased in 1805 by Robert Southgate (1741-1833). The home, initially known as “Dunstan Abbey,” was completed in 1809 with a barn and carriage house completed shortly thereafter.

The main house is a two-story Federal style dwelling. A variety of smaller additions date back from the early to mid-20th century. The brick exterior walls, laid in Flemish bond, are currently painted. The main block of the house has a low-pitched hipped roof with four prominent brick chimneys (asymmetrically placed). Window openings, which appear to be in their original arrangement, have splayed stone lintels (now painted) and plain wood sills. A single-story wrapping porch was added at the façade and side elevations around 1910.

The interior of the house, particularly the main block, remains very much intact in its layout as well as finishes. The main block has a central entry/stair hall with the historic stair, horizontal board wainscoting, and plaster ceiling molding. Historic trim, mantelpieces and doors remain throughout the main block. The rear ell side has undergone more significant changes with several added staircases and multiple floor levels. Finishes in this section of the building date to various periods, although there is a significant amount of trim that is likely from the 19th or early 20th centuries.

Acquired by Avesta in 2015 for its first affordable housing project in Scarborough, the development opened in 2019 with 38 affordable homes. 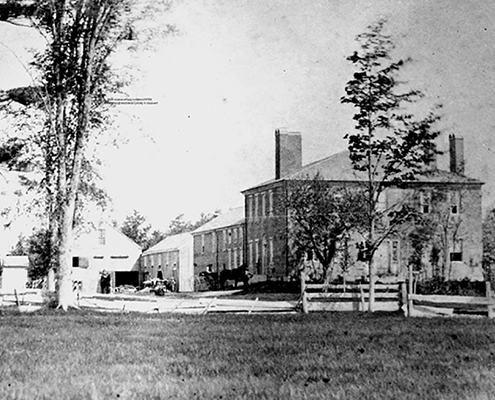